You can actually play “chicken sh*t bingo” in Austin. “Keep Austin Weird”, the city’s slogan, was originally coined to promote small businesses. So it’s ironic that the world’s largest companies now congregate there each year at SXSW. Or maybe not. Austin is the 11th largest and the fastest growing city in the US and the event is a huge contributor to that – with an estimated $350 million economic impact on the city in 2018.

#SXSW2019 was a 10-day affair, with over 300,000 attendees across three main shows: interactive, film and music. The event celebrates the convergence of these three industries, and embraces both technology and politics in a generally open manner. It’s a refreshing and invigorating experience.

The interactive component has a mostly B2B focus, albeit in a uniquely Austin “weird” way. The makers and the marketers rub shoulders with the consumers. There’s an old Native American proverb “Those who tell the stories rule the world”. I was constantly reminded of this at SXSW.

What about the brand experiences?

Brands more closely aligned to technology than entertainment tended to create experiences with clarity and intelligence, pursuing enterprise objectives for their B2B audience.

However, the vast majority of activations were aimed at hardcore Generation X entertainment fans. This demographic invests time and money to be at the forefront of the film, TV and music scenes. They want to explore all the shiny new things these industries have to offer. Already emotionally attached to their favourite brands, they’re happy to queue for hours. They’re highly valuable ambassadors, targeted by brands to profile products, generate social chatter and drive ‘net promoter scores’ through the roof.

Both audiences are thrown in together in one large melting pot, and satisfying everyone is a difficult balance. Some brands achieved this better than others.

A heaven and hell themed activation spilled onto Austin’s streets for Amazon Prime’s pre-launch of the Good Omens series.

Netflix promoted their new film The Highwaymen in a basement in Austin’s historic district. People queued for well over an hour, though the intrigue of a Wild West saloon immersive experience was enough to ensure capacity crowds. 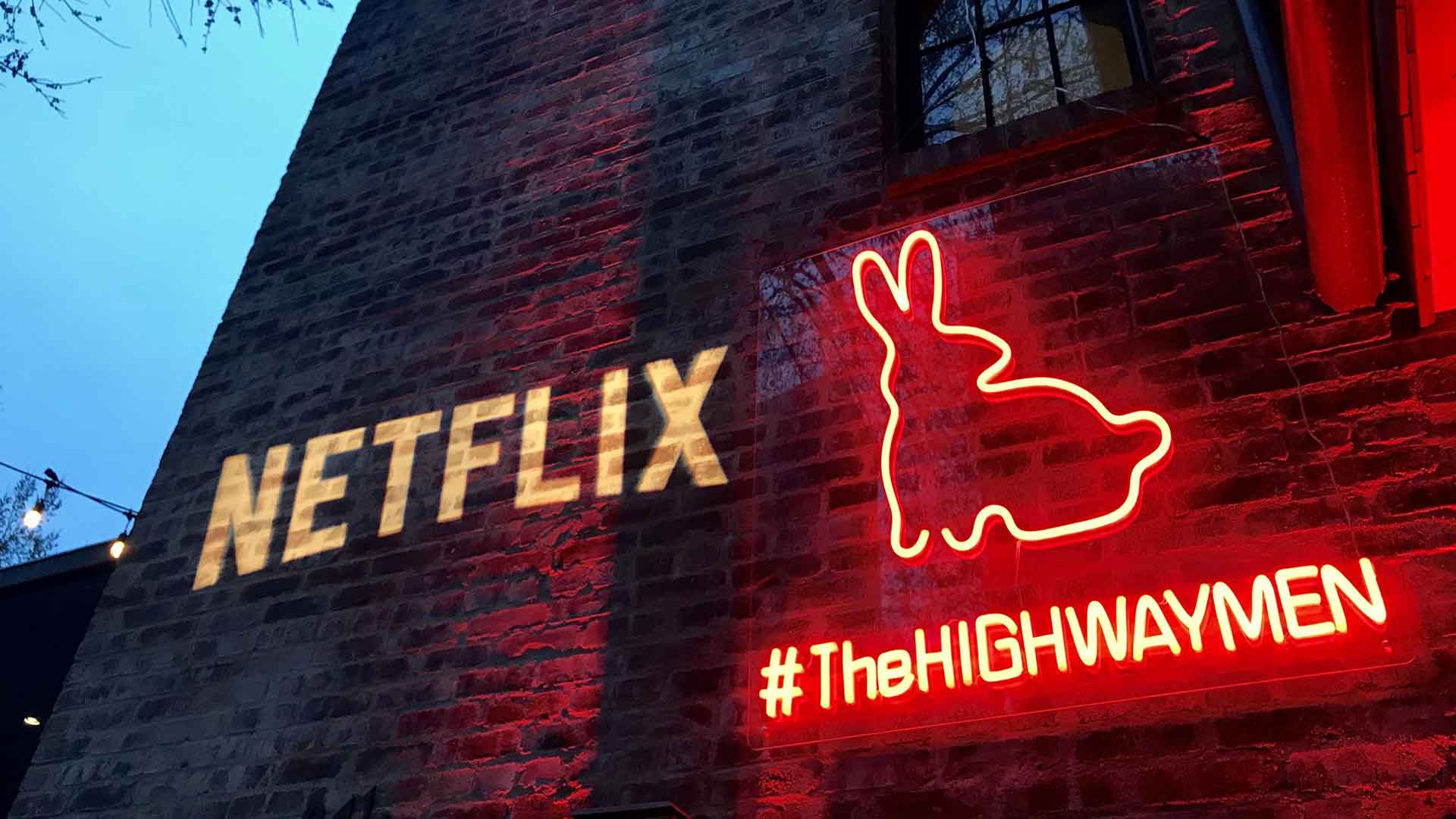 LinkedIn offered a smart retreat from the madness – plus a professional photographer was on hand to shoot new profile pictures, with a quick makeover to boot.

First-timers Activision Blizzard Media took over a cool arcade space – a well-executed concept by a brand shaping the future of gaming as both a creator and a strategic advertising partner. 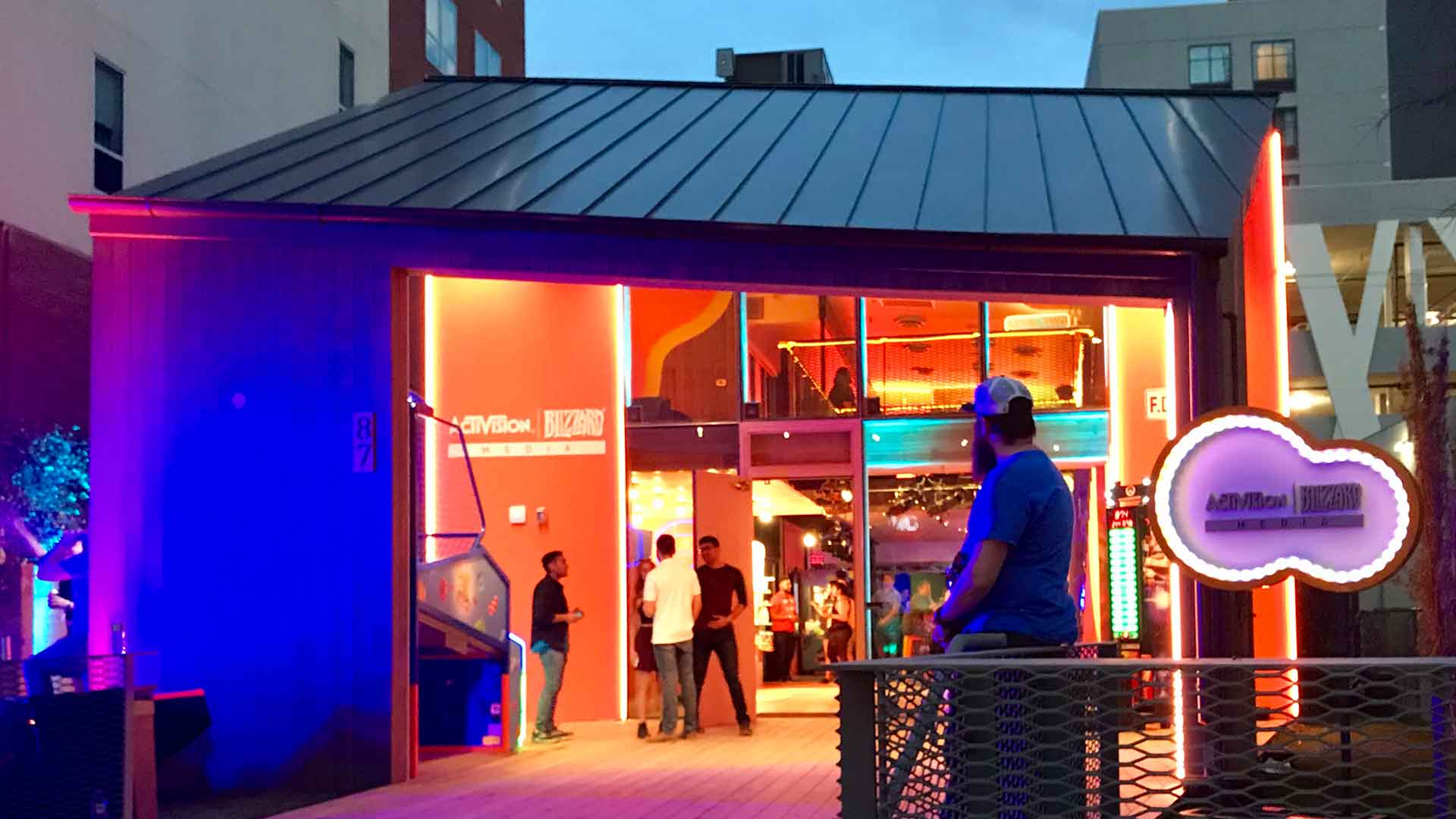 What does the future hold?

The entertainment landscape is changing faster than ever before. Gaming and Esports have exploded – 1 in every 4 people worldwide are considered gamers and the video gaming industry is worth $140 billion. Google’s new Stadia gaming service and controller provides instant access to stream games, a move that’s likely to revolutionise gaming as Spotify has with music and Netflix with film.

Add to this the fact that the race for 5G leadership is well underway, with data coined as the “oil of the future”, and the possibilities are extraordinary for sports broadcasters and spectators alike. Imagine selecting any on field viewing angle as matches play out, fully immersed in the action with a VR headset in the comfort of your home. This type of spectator interaction is also likely to influence film content.

Then there’s the impact of Machine Learning and blockchain on the industry as a whole – both hot topics at SXSW.

Brands and marketers are continually challenged to predict the technologies that will shape the future. However, understanding customer behaviours and expectations is critical when it comes to investing in and applying these technologies. The same can be said of brand activations – keeping people at the heart of things is paramount to effective experiential. Technology should be used to harness these experiences, but only if the context is relevant to the audience.

Back to SXSW. Is it worth going? Consider it as attendee, but only if you’re prepared to queue (and pay the hefty pass fee). If you’re a brand, approach with caution, be clear of your objectives and choose the right agency partner. Those that embraced technology and also understood their customers’ needs generally succeeded. Either way, planning and knowing exactly what you want from the event is key.

Curiosity and the Creative Continuum.