It's the ultimate consumer electronic and tech innovation playground. Consumers, developers, designers, promoters, critics and brands all have a vested interest in what's now and what's next. Throw in the adrenaline of Las Vegas and you have the recipe for the perfect event, but is the hype really all that?

With a five-decade track record, 4,000 exhibitors and 180,000 visitors, CES is the largest and most influential consumer tech innovation show in the world. This year the pre-event promotion didn’t get off to the best of starts when CES came under heavy fire for its all-male, almost all-white keynote speaker line-up for the second year running. Criticism was rightly made about the tech industry’s lack of diversity.

The weather seemed to agree with the critics, with a torrential downpour engulfing Las Vegas throughout day one. The rain tested visitor patience, and brands hoping to make a splash with their exhibits in the central outdoor plaza quite literally did. Google were forced to shut their pavilion because of the conditions. Parts of the venue experienced weather-related power failures on day two. Despite this, a general sense of positivity permeated the event and social media was light-hearted, with Intel tweeting “Introducing Blackout: the biggest thing to hit #CES2018 since #5G”.

Hot product themes at CES 2018 included Artificial Intelligence (AI) and Machine Learning, Virtual Reality (VR), Augmented Reality (AR), Mixed Reality (MR), Smart homes, cars and cities…. all enabled by Big Data and 5G. Pre-show hype surrounded TV product launches such as Samsung’s The Wall. In a battle of the giants for connected home space assistants, Google Assistant squared up with Amazon’s Alexa. Toyota’s e-Palette concept vehicles generated much interest in its flexibility to offer a wide range of services from ride-sharing to mobile offices, retail space, or even a pizza oven on wheels. And let’s not forget the myriad of smartphones, laptops, gaming PCs, electric cars, wearables, drones and robots that didn’t disappoint.

Equally impressive as the products on show were the keynote speakers (diversity controversy notwithstanding). Intel’s CEO Brian Krzanich delivered a visually spectacular and inspiring update on the company’s future, as it shifts from a computer chip manufacturing ingredient brand to one that’s about data and experiences. Touching on Big Data, True VR, Autonomous Driving and Quantum Computing, the future of technology seems more exciting than ever before. 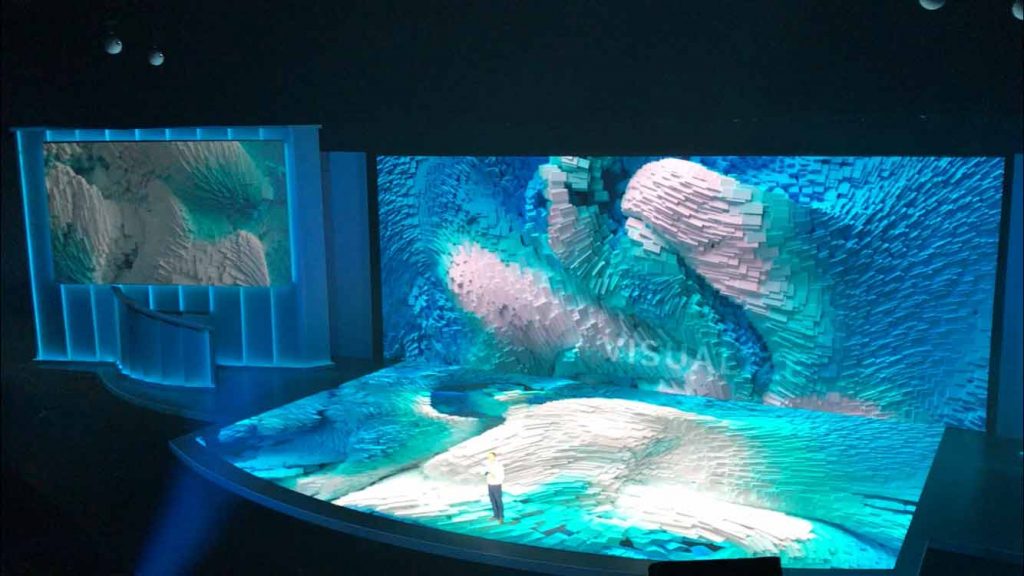 Delegates and consumers demand more than ‘pretty things’. Generally the event was full of experiences crafted for the enjoyment of the mainly consumer-focused audience. Brands that understand the importance of generating memorable experiences stand out from the crowd, the noise, the hustle and bustle, and the leadership battles. Google’s experiential playground was an immersive activation focused on Google Home and Assistant. Sony’s comfortable show floor retreat established an approachable and innovative brand image. Alibaba commissioned an interesting AV exhibit to showcase the depth and breadth of their business.

In recent years we’ve seen the exponential expansion of consumer electronics – huge leaps in computing power, connectivity and infrastructure lead to endless new ideas. 2017 was the year of the FAANGs (Facebook, Amazon, Apple, Netflix and Google) and the TABS (Tencent, Alibaba, Baidu and Samsung). They produced hugely significant gains to their respective US and Asian markets. These businesses are now so large and dynamic that they’re able to easily adapt their product and service offerings almost as quickly as the technology that drives it is invented.

Whether we like it or not, tech innovation is shaping our future, how we experience and go about our daily lives. How we consume experiences and interact (or not) with one another is shaped by technology. That’s what the CES hype is about.